Board of Directors
Management Team 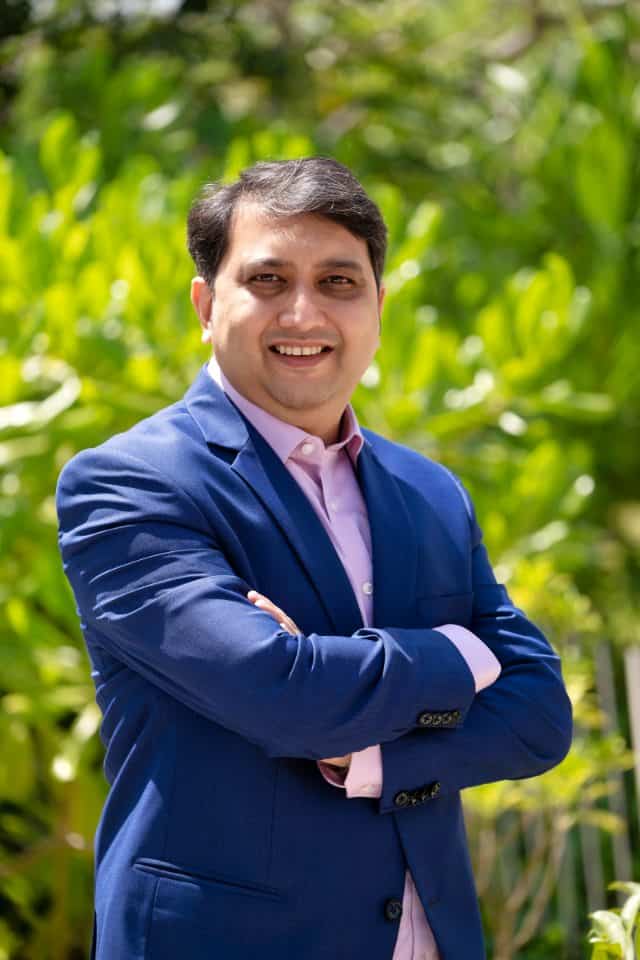 Atul Dhamne is Senior IT Manager at Accuron Technologies, and he provides Information Technology management and support to the team. Atul brings with him over 18 years of experience, having served in various IT roles with companies in Oil & Gas and Financial domains. 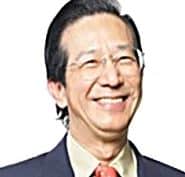 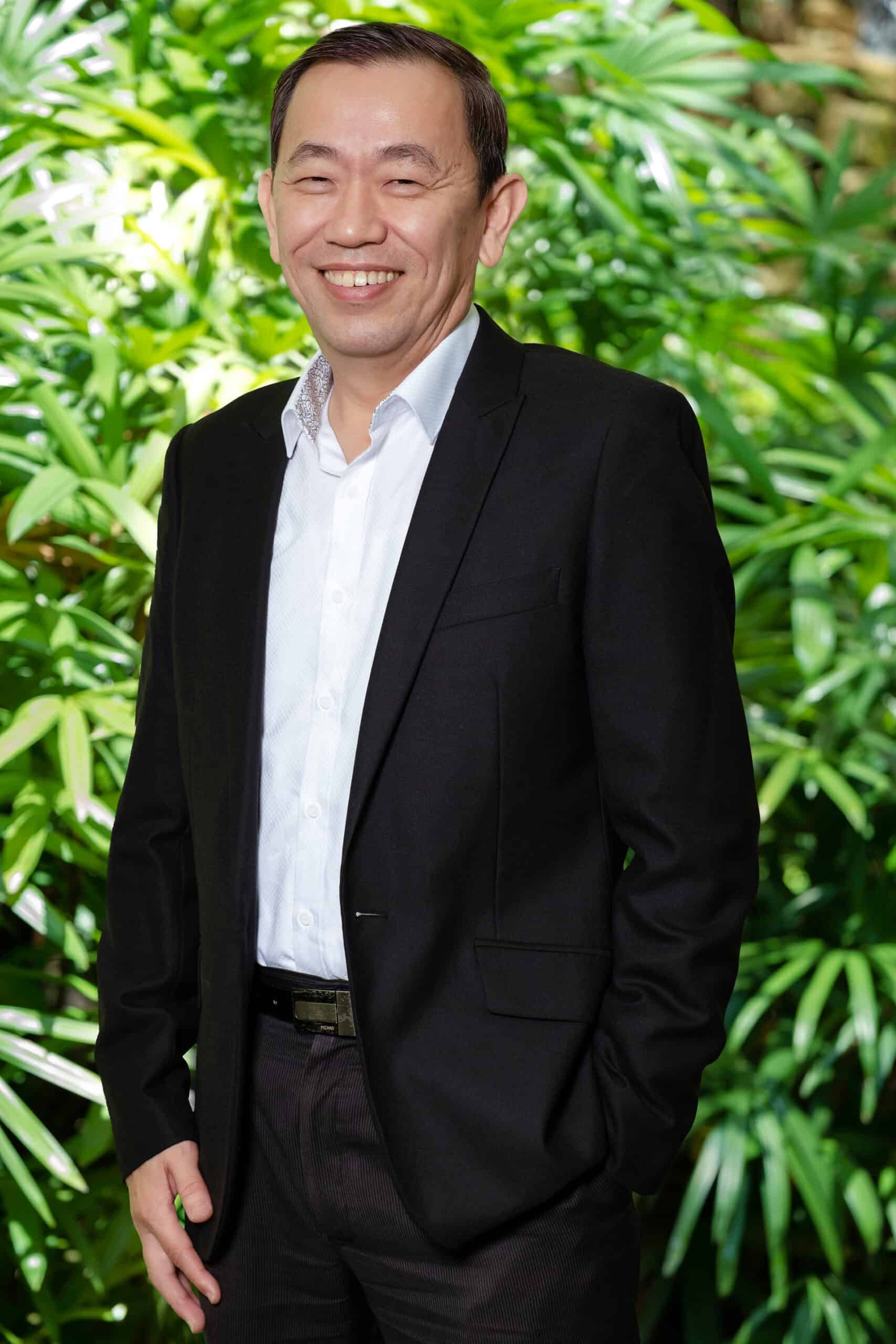 Ong Beng Thiam serves as the Vice President of Human Capital at Accuron Technologies. He is responsible for the acquisition, development, and engagement of the diverse talent pool that supports the group’s business strategies and objectives.

He brings with him more than 25 years of expertise in business management and human resource, having led HR teams for multi-national firms from diverse markets, including electronics manufacturing services and semiconductor industries.

Beng Thiam holds a Bachelor of Engineering (Electrical) degree and a Master’s in Business Administration, both from the National University of Singapore. In his free time, he enjoys reading, cycling, and taking long walks. 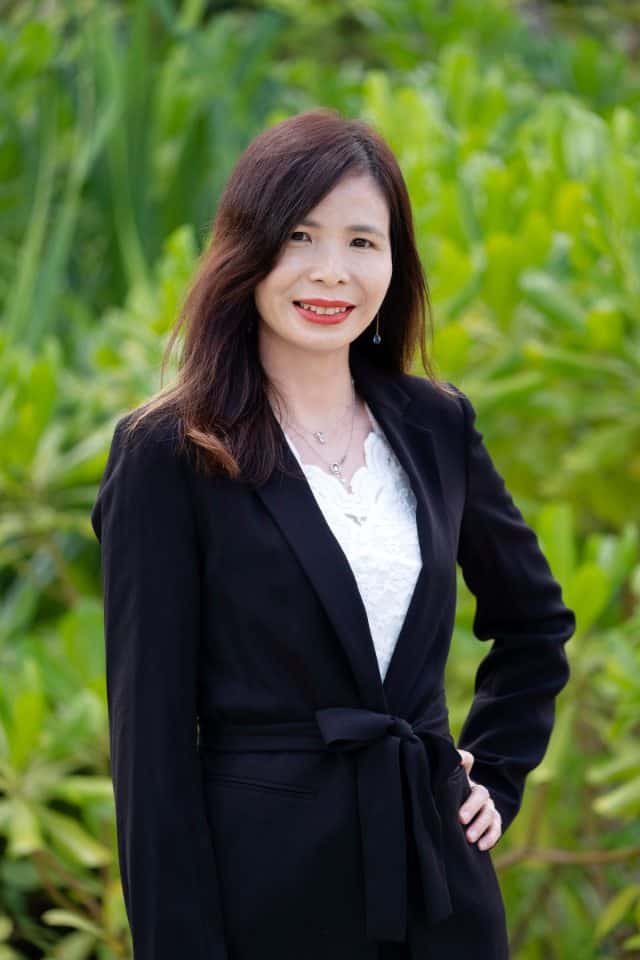 A Chartered Accountant with ISCA, Chiew Eng has amassed a solid foundation in multiple areas of finance over her 25 years in the industry. Before joining Accuron, she was an external auditor with one of the Big Four public accounting firms and held various senior finance roles in a SGX mainboard-listed conglomerate and a multi-national corporation with pan-Asia presence.

Chiew Eng holds a Bachelor of Accountancy from Nanyang Technological University. In her free time, she enjoys reading and trekking. 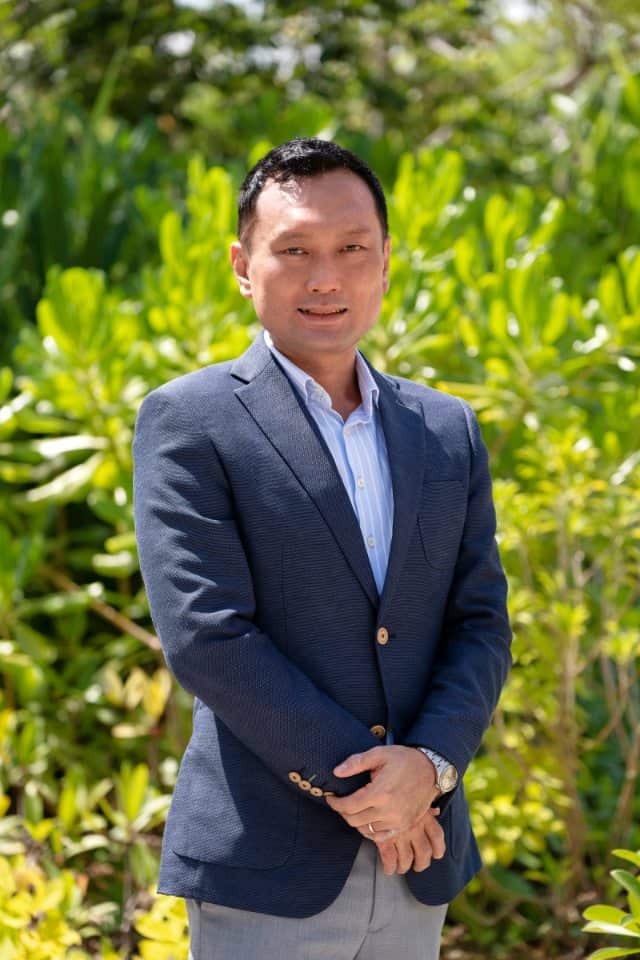 Jeffrey Ng is General Counsel and Company Secretary at Accuron Technologies. He oversees the group’s legal and corporate secretarial functions, including the planning and outlining of strategic legal compliance policy initiatives, and ensuring all key legal risks and documentation are properly addressed for the group’s mergers and acquisitions (M&A) activities.

Prior to joining Accuron, Jeffrey was a senior investigator with the Commercial Affairs Department, and he expanded his portfolio by entering private practice as a corporate lawyer, before venturing into litigation practice where he worked on general litigation and corporate insolvency matters.

A coffee fanatic, Jeffrey plans his holidays around specialty coffee shops in different parts of the world. 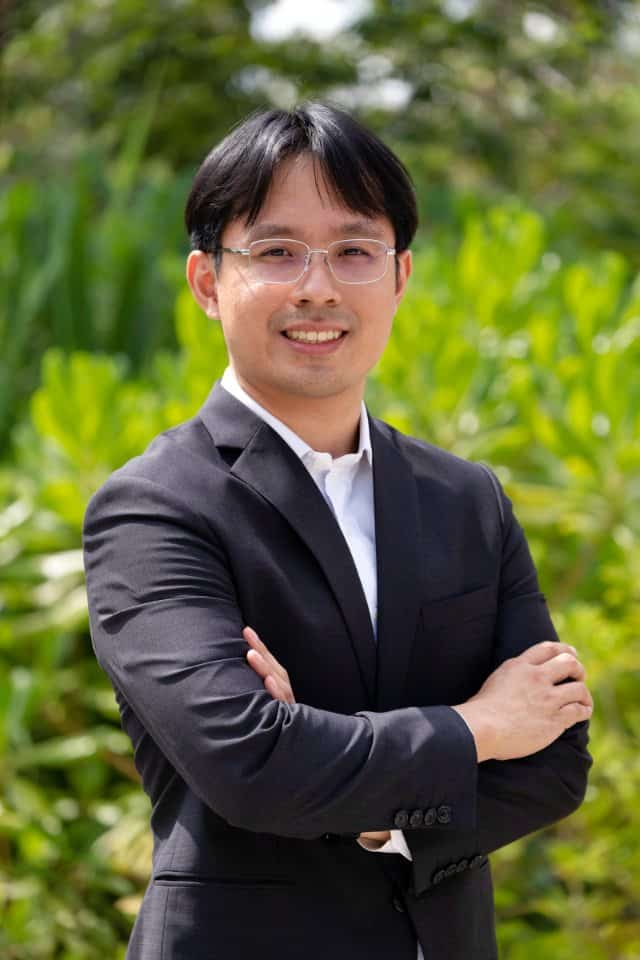 Jonathan Siew is Head of Corporate Development at Accuron Technologies. He is responsible for identifying and executing new mergers and acquisitions (M&As), joint ventures, and partnerships, and also for integrating the companies into the group. He also works alongside Accuron’s subsidiaries to formulate and execute their strategies to ensure long-term sustainability and success. In addition, Jonathan handles business development and marketing opportunities in the areas of new technologies, customers, and geographies for the group.

Jonathan has a Bachelor of Engineering (Electrical and Electronic Engineering) degree from Nanyang Technological University (Singapore) and an Executive Master of Finance from INSEAD (Singapore/France).

In his free time, he enjoys traveling, hiking, and reading. 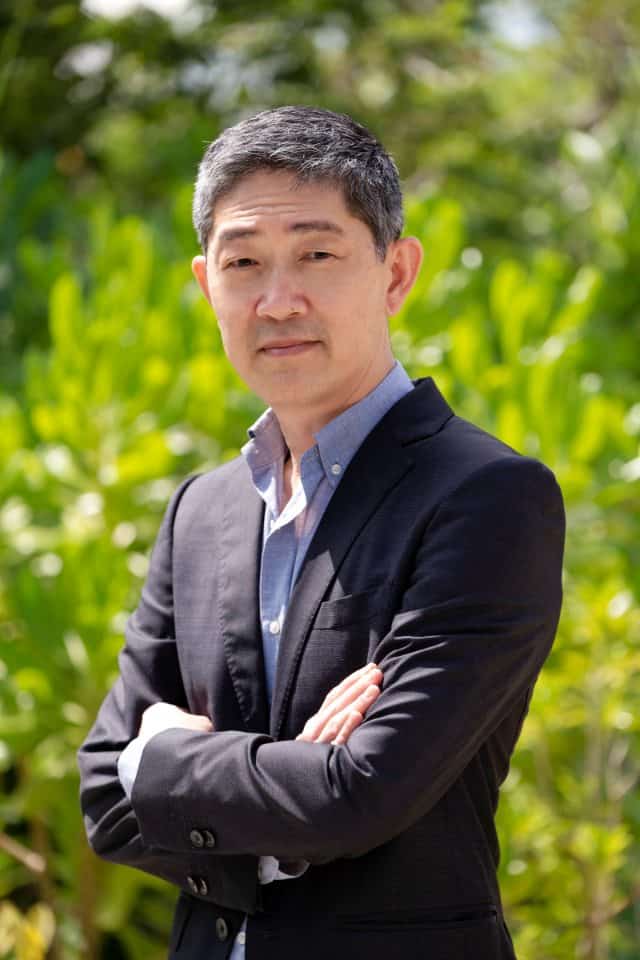 Chee Weng is a graduate of National University of Singapore’s School of Engineering. Outside of work, he enjoys exercising and spending time with family and friends. 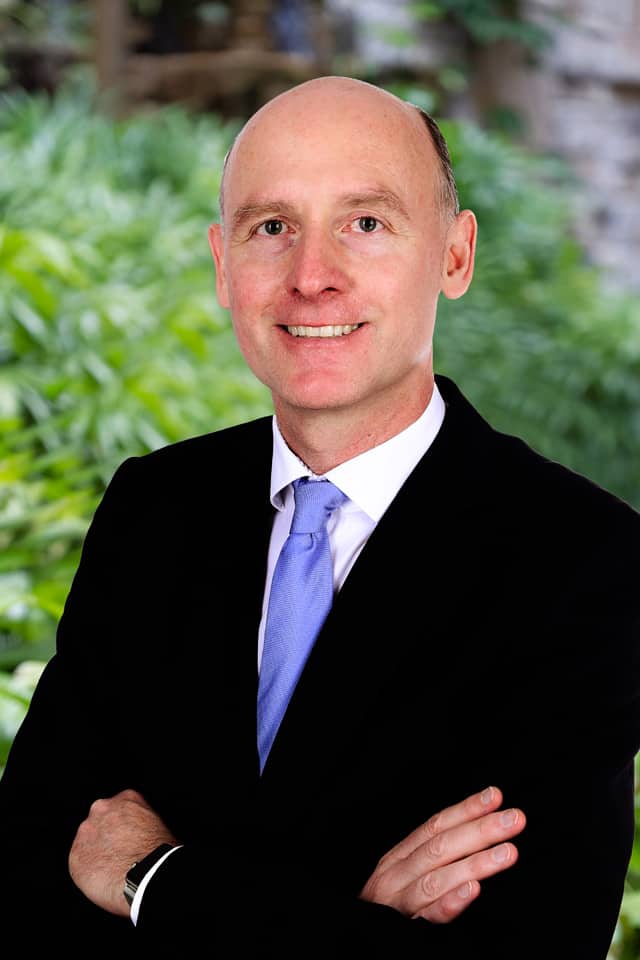 Dr Mike Mattner is the Managing Director of Industrial Technologies at Accuron Technologies. He heads the company’s industrial technologies initiative, driving group synergies and commercial improvements across the entities — including esmo group, mechatronic systemtechnik, and ZASCHE handling. He also sits on the management board of the esmo group.

A seasoned business leader with a keen mind for R&D, Mike has over 25 years of experience in management, corporate strategy, mergers and acquisitions, and investment. Prior to joining Accuron in 2017, he co-founded and ran a M&A consulting practice (Munich, Germany) and advised a clean tech venture capital fund, WHEB Partners (London, UK).

Mike holds a Ph.D. in Chemistry from the Technical University of Munich (TUM) and a Master of Business Administration from the University of Hagen — both of which he studied for and attained concurrently.

In his free time, Mike carries out pro bono fundraising work for a number of charities and research foundations. 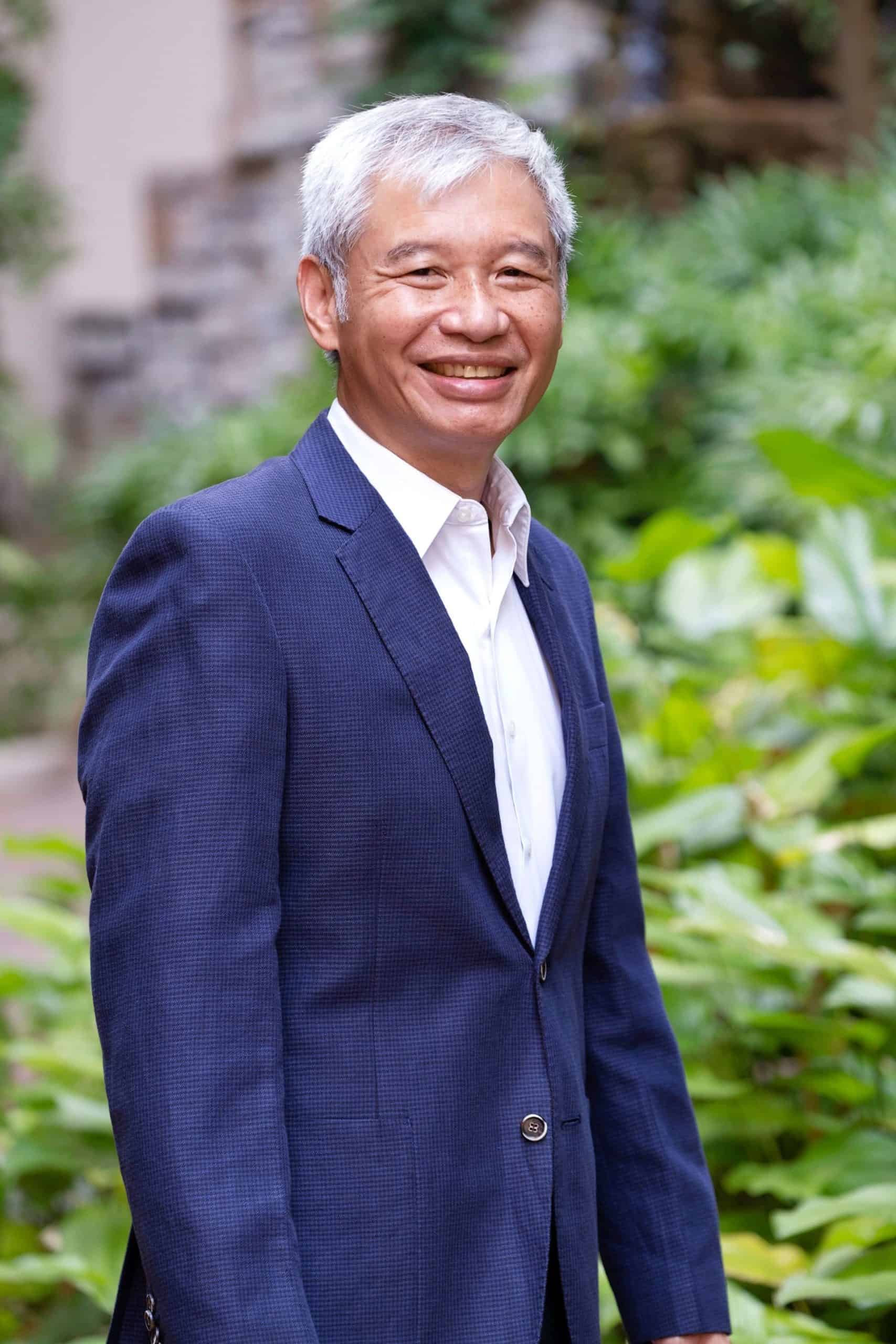 Jeffrey Goh was appointed President and CEO of Singapore Aerospace Manufacturing (SAM) on 7 March 2000. He sits on the Boards of SAM and SAM Engineering & Equipment (M) Berhad (SAM Malaysia) as an Executive Director and chairs the Boards of Directors of SAM (Suzhou) Co. Ltd., SAM’s facilities in Suzhou, China, Aviatron (M) Sdn Bhd, and Avitron Private Limited – a subsidiary of SAM Malaysia. Jeffrey is also a Director for several other subsidiaries of SAM Malaysia.

Jeffrey is responsible for the long term strategic planning and execution of SAM’s operations. Prior to this, he held various positions in key SAM operating divisions, including engineering, quality assurance, and general management. 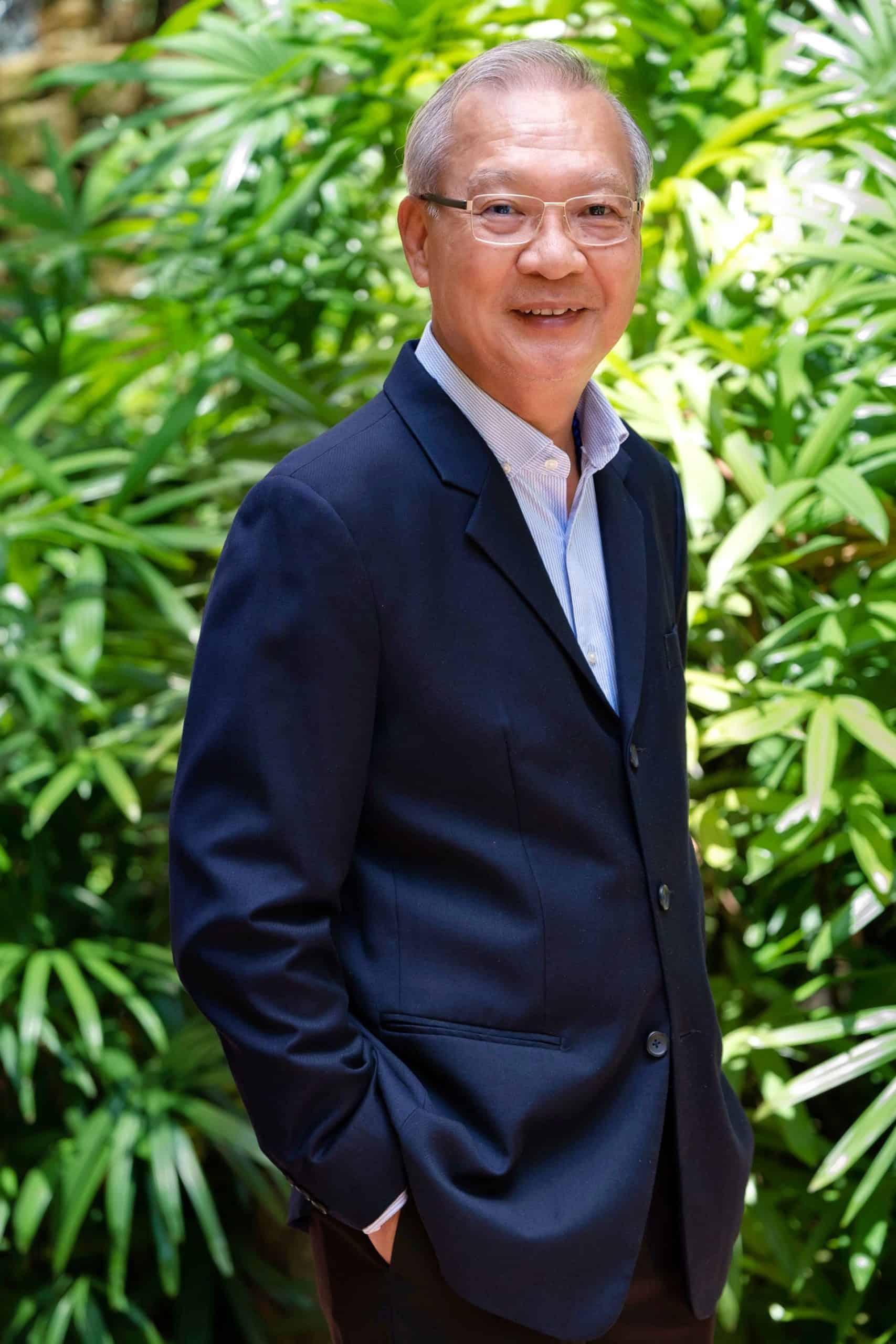 Mr Ng joined the Board of Directors of Accuron Technologies Limited in 2019.

He holds a Bachelor’s degree in Electrical Engineering (First-class Honours) and a degree of Master of Science in Industrial Engineering from the National University of Singapore. He also has a Diploma in Management Studies from SIM, and had attended the Programme for Management Development (PMD) at Harvard Business School. Mr Ng is also a Fellow of IES (Institution of Engineers, Singapore). 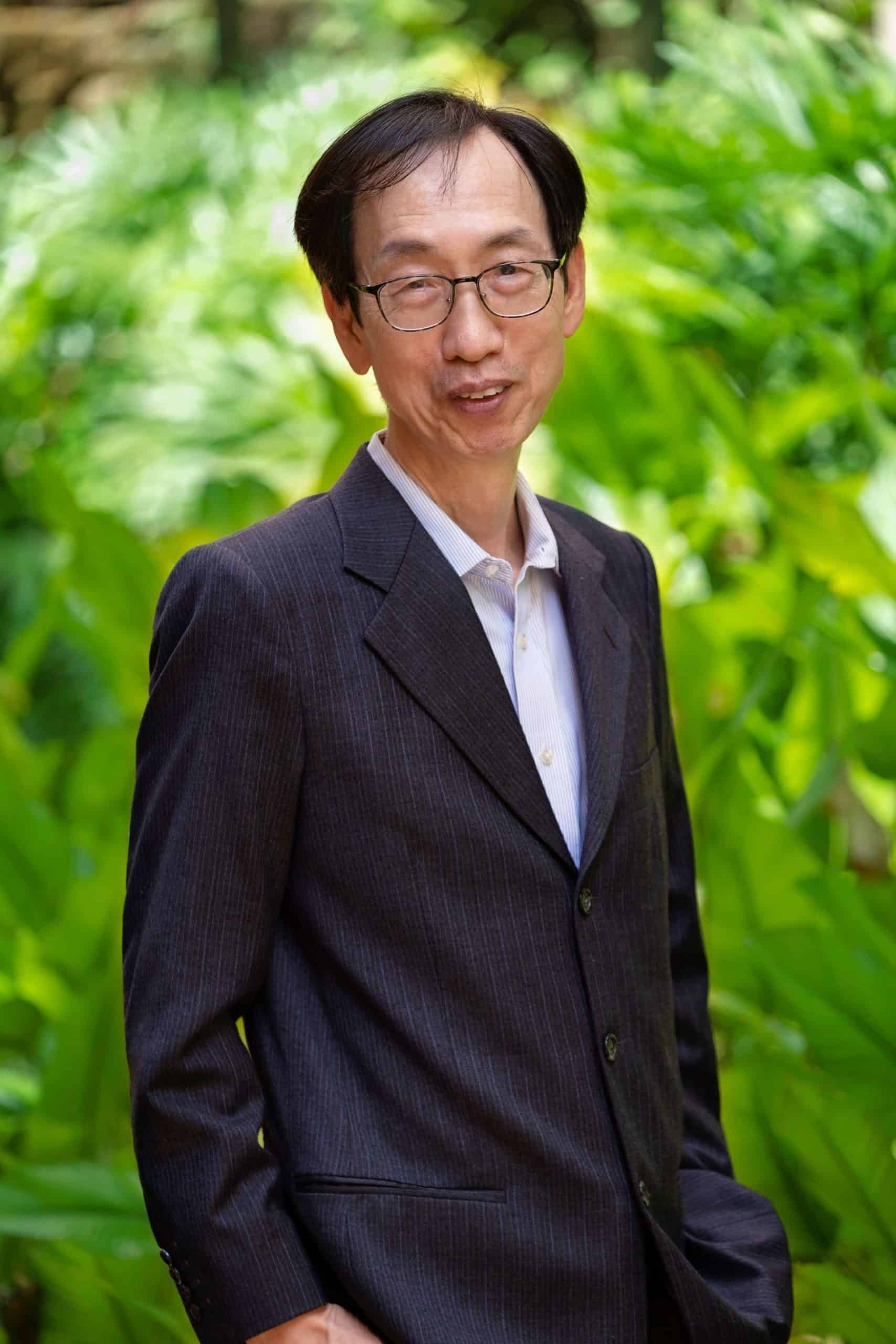 Mr Ang joined the Board of Directors of Accuron Technologies Limited in 2019.

Mr Ang is a Consultant in Drew & Napier’s Corporate & Finance Department, where he was the Managing Director before stepping down.

Mr Ang specialized in Banking & Finance and Merger & Acquisition. His expertise in these areas of practice is well-recognized by the legal community and his accomplishments were frequently noted in prestigious international legal publications such as “The Asia Pacific Legal 500”, “Chambers Asia”, and “Best Lawyers International: Singapore”.

Mr Ang graduated from the National University of Singapore in 1983 with a LLB (Hons) and was called to the Singapore Bar in 1984. He is a member of Law Society of Singapore and Singapore Academy of Law. 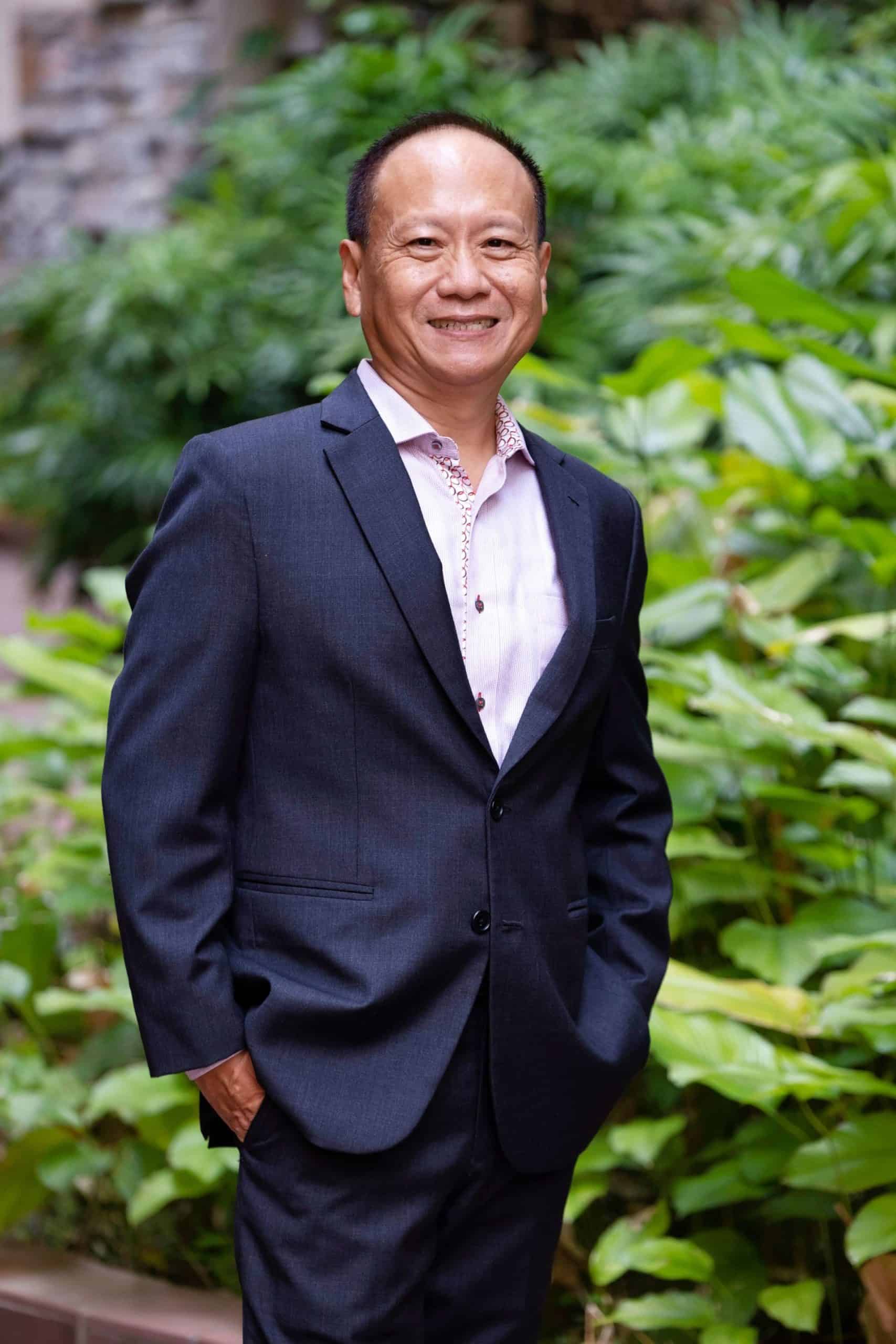 Mr Kwek joined the Board of Directors of Accuron Technologies Limited in 2017 and currently serves as a member of its Audit and Risk Committee.

He is also presently a Director of the following companies: Trailblazer Foundation Ltd., Intouch Holdings Plc and Thaicom Plc.

Mr Kwek was formerly the Chief Financial Officer at Starhub Ltd. from September 2002 to September 2013 and was named CFO of the year for SGX Mid-Cap Companies in 2008. Prior to 2002, he was Finance Director of Singapore Technologies Pte Ltd since 1992, and CFO of ST Telemedia, Chartered Semiconductor Manufacturing and Vertex Management.

He is a Qualified Chartered Accountant Singapore by profession. 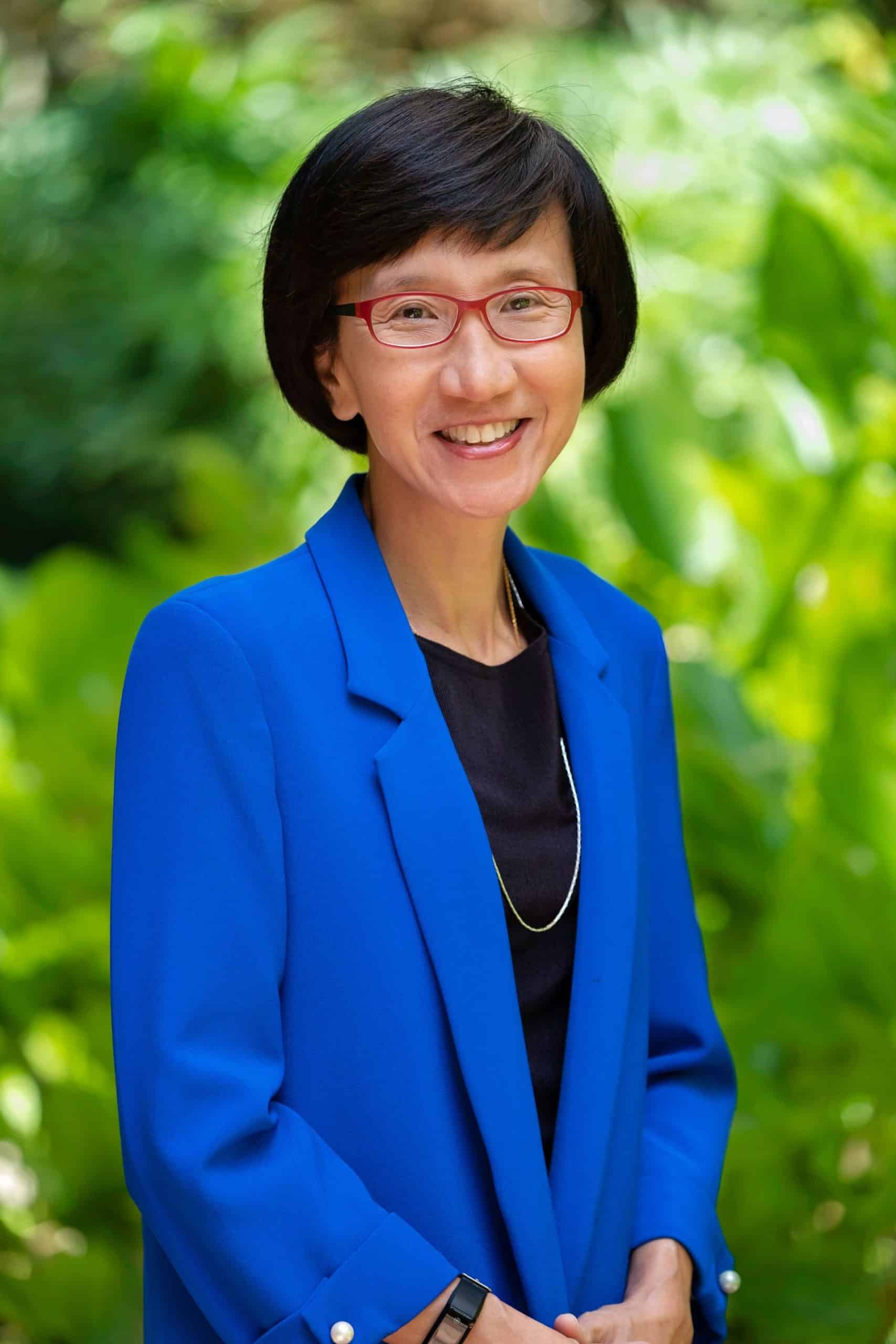 Ms Young joined the Board of Directors of Accuron Technologies Limited in 2014 and she is the Chairman of its Audit and Risk Committee. Ms Young is also the Managing Director & Head Group Channels & Digitalisation at United Overseas Bank Limited (“UOB”).

Ms Young is also a Director of Innoven, a Venture Debt JV between UOB and Temasek as well as the Advisory Board member of Nanyang Business School, NTU. 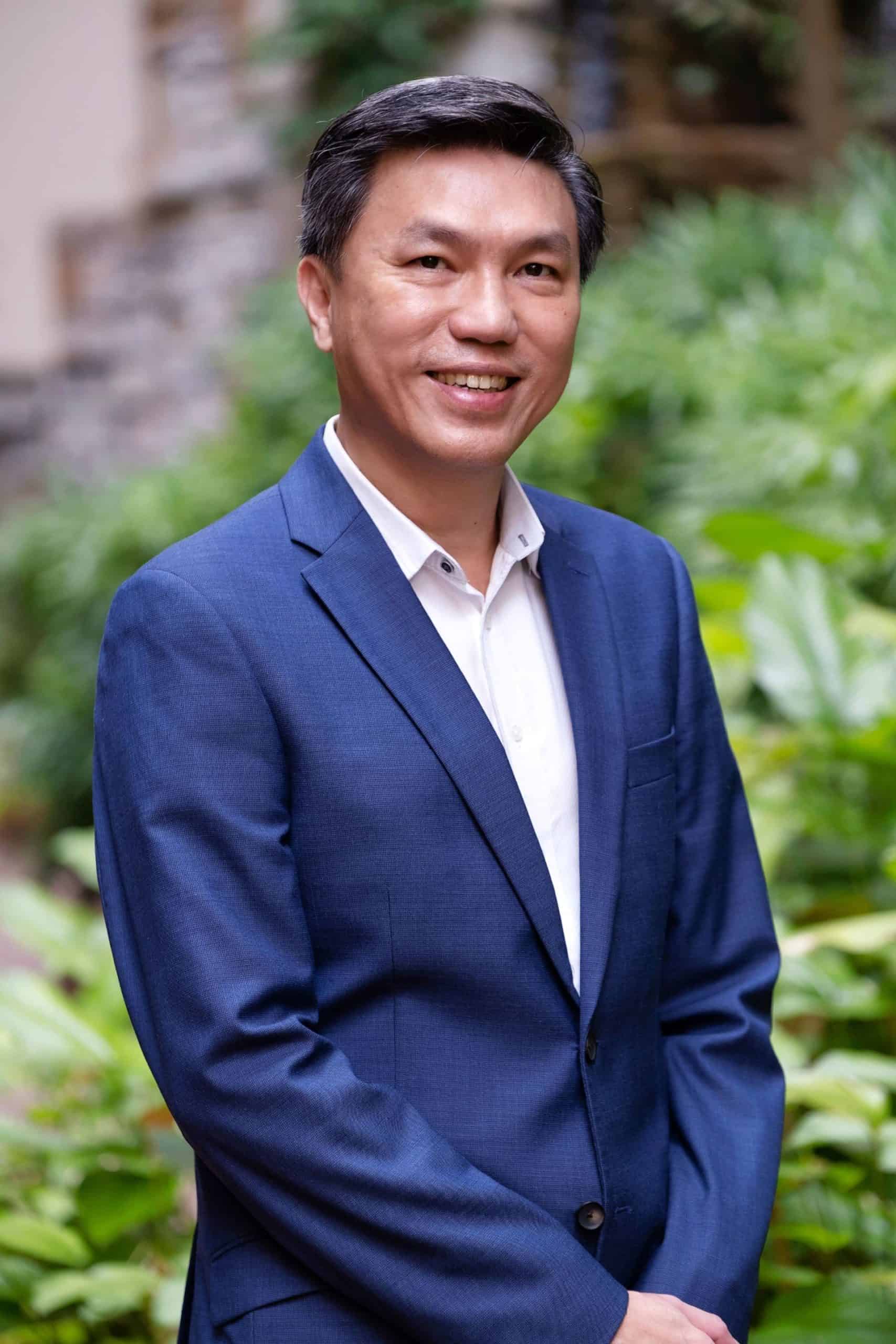 Tan Kai Hoe joined the Board of Directors of Accuron Technologies Limited in May 2014 and was appointed its President & CEO from 1 August 2015. Before joining the Accuron group, Kai Hoe was the Chief Executive of SPRING Singapore, a government agency overseeing Singapore’s efforts in enterprise development, entrepreneurship, innovation, quality and standards. Before that, he was a career naval officer in the Republic of Singapore Navy where he last held the appointment of Chief of Staff – Naval Staff.

He holds a Bachelor of Arts in Physics from Cambridge University and a Masters of Science in Management from Stanford University. He was awarded the President’s Scholarship and SAF Overseas Scholarship in 1985, and the Public Administration Medal (Silver) (Military) in 2007. 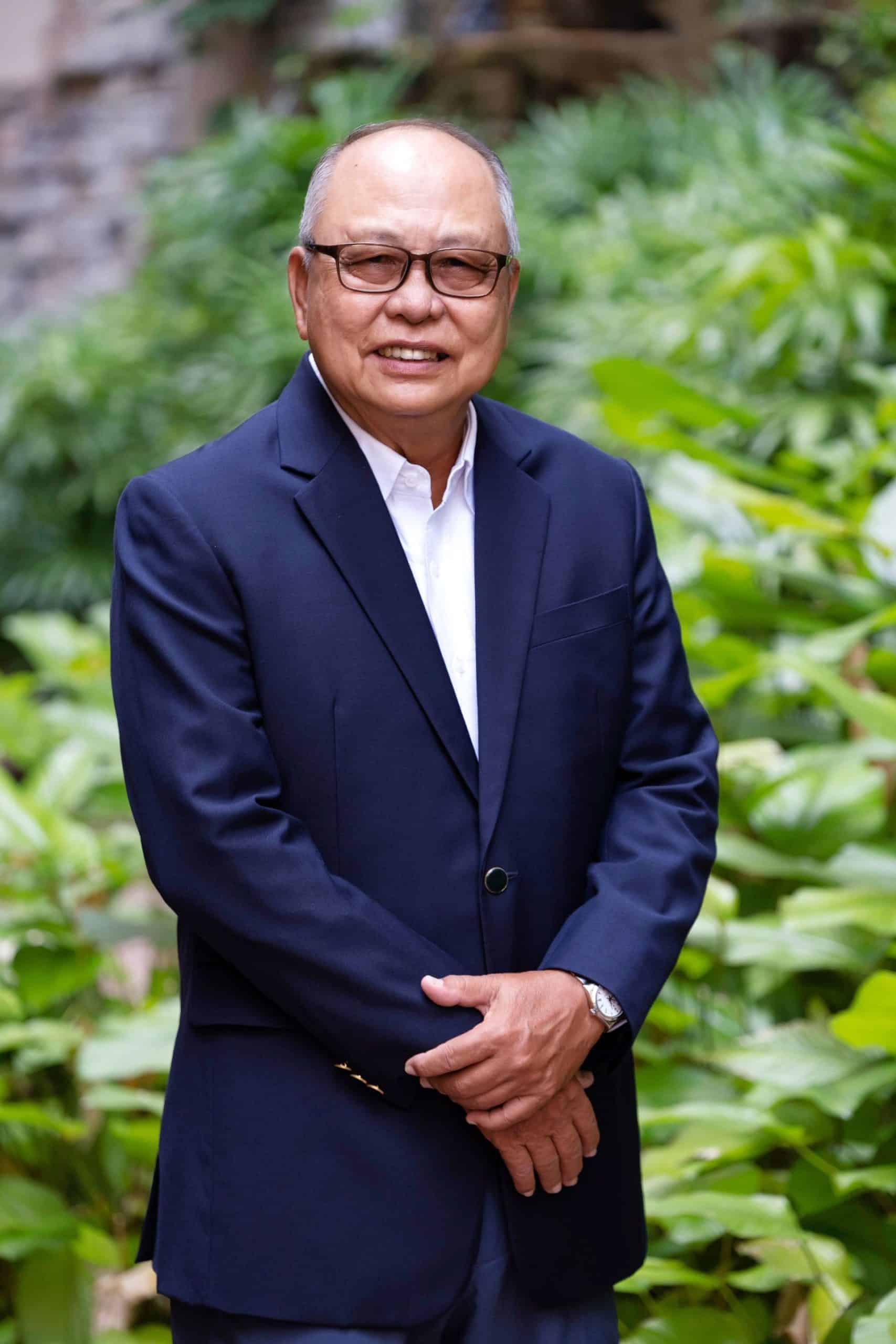 Mr Liew is also a Councillor of Jurong-Clementi Town Council.

He served as Corporate Advisor to Singapore Technologies Pte Ltd from 2002 to 2004 and to Temasek Holdings (Pte) Ltd from 2004 to 2011. Mr Liew has also been a Commissioner of PT Bank Danamon Tbk in Indonesia. Previously, Mr Liew was the Head of Treasury and Markets at a major local bank in Singapore. He started his career in a major American bank and has over 30 years of experience in banking and finance. Mr Liew’s previous positions in industry includes Chairman of the Singapore Commodity Exchange, Chairman of the Singapore International Exchange (SIMEX), Director of the Singapore Exchange Ltd (SGX), Chairman of CapitaLand Retail China Trust Management Limited (CRCT), and Vice-Chairman of Governing Council at Singapore Institute of Management (SIM).

Mr Liew holds a Bachelor of Social Sciences, University of Singapore. He was awarded the Public Service Star award in 2000. 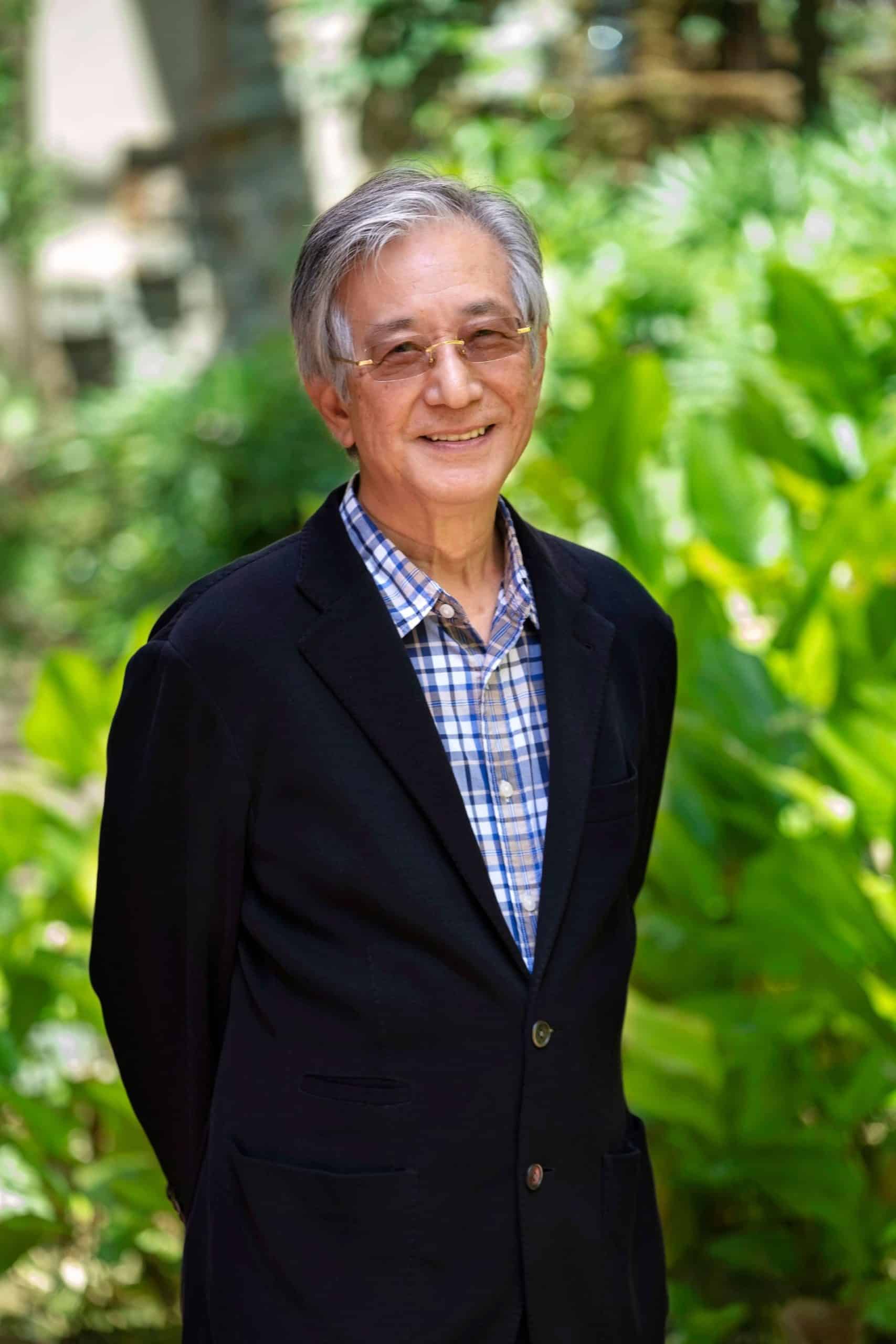 Mr. Yeo served in the Singapore Administrative Service from June 1970 to 31 March 1999.

From June 1970 to Dec 1985, he served in various appointments in the Ministry of Defence (MINDEF), including Permanent Secretary for logistics, defence research & development and defence industries (September 1979-December 1985).

He received honorary doctorate degrees from the University of Toronto, Canada, Karolinska Institutet, Sweden, Imperial College London, UK, National University of Singapore and Monash University, Australia for his work in economic and scientific development for Singapore.

In 1994, he was conferred by the Indonesian Government the Bintang Jana Tama (the First Class Order of Service Award) in recognition of his role in fostering good bilateral ties between Indonesia and Singapore. Mr Yeo received the Order National du Merited (National Order of Merit) for his contribution and leadership in enhancing ties between Singapore and France in 1996. In 1998, he was honoured by the Belgium Government with the Commander of the Belgium National Order of the Crown for his personal merits in promoting the cooperation between Belgian and Singapore industries.